How Does Christ Save?

It would be just as easy to ask, why did Christ die?

The historical reformed tradition argues that Christ died for a specific people in order that their sins could be forgiven and they be saved from their sins in that Christ freely took their place and received the punishment that was due them in their sin. This view of the atonement is known as penal substitutionary atonement (PSA). Theopedia offers this explanation of the doctrine, saying it refers to the,

…doctrine that Christ died on the cross as a substitute for sinners. God imputed the guilt of our sins to Christ, and he, in our place, bore the punishment that we deserve. This was a full payment for sins, which satisfied both the wrath and the righteousness of God, so that He could forgive sinners without compromising His own holy standard.

Simply stated it assumes that there is a penalty that sin induces and that Christ, who was sinless, offered his own life to pay that penalty for all who will believe. The entire Book of Hebrews in the New Testament seems to be built around the concept as it constantly refers back to the Book of Leviticus and the sacrificial system to demonstrate Christ’s fulfillment of this, the writer encourages believers, saying,

…since we have confidence to enter the holy places by the blood of Jesus, by the new and living way that he opened for us through the curtain, that is, through his flesh, and since we have a great priest over the house of God, let us draw near with a true heart in full assurance of faith, with our hearts sprinkled clean from an evil conscience and our bodies washed with pure water. (Hebrews 10:19–22, ESV)

So, what other theories of atonement are there?

Turning to Theopedia, we see that there are a number of theories going entirely back to the early church.

The earliest of these theories is the ransom theory, which was proposed that Jesus’ atonement ransomed his people from Satan. Another popular theory from early Christian history is the recapitulation theory, that’s Christ’s life of full obedience undid Adam’s sin and rebellion. The satisfaction theory, formulated by the medieval theologian Anselm and sometimes referred to as the commercial theory, postulates that Christ’s death satisfies God’s offended honor. Indeed, wherever the discussions of Christ’s atonement appears in the New Testament there are mentions of “ransom” (Matt. 20:28; Mark10:45; 1 Timothy 2:6; 1 Peter 1:18; Revelation 5:9), “propitiation” (Romans 3:25; Hebrews 2:17; 1 John 2:2; 1 John4:10); and “debt” (Colossians 2:13-14). We can find, when we search the text words and phrases to which each theory has touch points in the text. That is to say that no single theory can fully encapsulate the work Christ did. However Keith Giles denies that the theory of penal substitution has any part of the gospel , especially the gospel proclaimed by Paul.

If you ask some Christians today, especially the Reformed kind, you’ll hear something that sounds like a description of the crucifixion. That’s also called Penal Substitutionary Atonement Theory, or the Satisfaction Atonement Theory.

Well, Keith is already stumbling out of the gate because PSA and the satisfaction theory (SA) are not the same. While SA influenced the formulation of PSA they are not synonymous. So let’s keep this first error in mind as we proceed. Keith continues,

All you need to know is: That’s not the Gospel. At least, not according to the New Testament, or to Jesus.

Well, the atonement—regardless of whichever theory one subscribes to—is undoubtedly a part, indeed one might argue that it is a critical part, and apart from there being an atonement, simply put, there is no good news. turning to Keith,

It’s also a very new doctrine that didn’t show up until about a thousand years after Christ.

Okay, he get’s one thing right: when SA was formulated. Again, SA is not PSA, and that doesn’t mean that a theologian reflecting on the text a thousand years from now, might not see another aspect of the atonement that has yet to be discovered. My thesis, and that’s why there was a slow build up talking about the various theories that have existed, is that Christ’s atonement cannot be exhaustively contained in a singular theory. Continuing,

The Gospel that Jesus preached was the Good News [or Gospel] of the Kingdom.

Now, Keith places special emphasis on that statement, and we should ask because of that statement, what was this “good news” that Jesus preached, that the apostles proclaimed afterward, and that believers today are to continue to proclaim? Keith gives us a very good answer:

[Very] simply, it’s the “Good News” that the Kingdom of God where He rules and reigns can be experienced today by anyone who surrenders their life to Christ as their King and begins to learn to follow Jesus in their daily life.

Bravo, Keith! That’s sounds exactly what a good reformed believer, such a myself, would say about the reality of Christ’s kingdom and the proclamation of the gospel. Now, how about the atonement?

After giving a long list of proof texts about the proclamation of the kingdom, recorded both in the gospels, and in Paul’s own preaching, we finally get to some meat, where Keith writes,

Well, yes. No one is disagreeing that Christ came proclaiming the coming of the kingdom, and that Paul preached its arrival, but this is about the atonement.

Then Keith throws this assertion out:

Instead, they want us to believe that – based on one single verse – that the Gospel was given to us by Paul [not by Jesus] and is found in 1 Corinthians [not the Gospels].

Keith, what happened? What are you talking about?

Keith cites the introduction and primitive credal statement that Paul gives in 1 Corinthians 15:1-8, and says, “To them,”—meaning normal, bible-believing Christians—, “this is the gospel…” He then names off a number of “problems” with this.

First, Jesus [not Paul] came to declare the Gospel [Good News] of the Kingdom.

Yes, no one is denying this. There’s just one problem with your argument, which we’ll see in the next “problem”.

Second, the Gospel is contained in the Gospels, not in a letter to the church in Corinth.

Well, that’s the problem Keith, is there anything in 1 Corinthians that contradicts the Gospels. Could you, from 1 Corinthians present a gospel message? I mean that little passage that you quoted names a number of things that the gospels themselves claim, like Christ’s death, burial, and resurrection. It even mentions the appearances of the risen Christ that are found in the gospels. Keith, to paraphrase Jesus, it sounds as if you’re straining a gnat and swallowing a camel. It also sound as though you’re conflating the gospel accounts with the gospel itself, which is expounded upon and given application in 1 Corinthians.

Third, no theologian worth a damn would ever base an entire doctrine on a single verse of scripture.

None does. Furthermore, in all of my research for this, 1 Corinthians 15:1-8 never appears in a list of proof texts to support their defense of PSA. If I have time, I’ll attach a pdf from Louis Berkhof’s Systematic Theology discussion of PSA, or one can look it up in the text itself, it’s public domain, free resource. So this assertion is unevidenced, and refuted.

Fourth, Paul and Jesus both preached the same Gospel of the Kingdom, as evidenced by the 8 verses above – as compared to this one single verse in 1 Corinthians.

Well, let’s just be clear here: the phrase “gospel of the kingdom” says nothing about what the gospel actually is. The proof texts that he provides for his argument do not go into any details about what the rule and reign of Christ looks like in the life of the believer or what it consists of.

Who exactly is arguing that, Keith? I mean, aside from you? Paul’s argumentation in that specific context actually extends through v11. Paul is simply reiterating the point that he made all the way back in the beginning of the letter in 1:10-17 where Paul mentions that the church at Corinth was dividing up along lines of who had proclaimed the gospel to them. All that Paul is doing is giving the broad strokes of the gospel, restating their common creed and daring those who were trying to divide up the church to demonstrate any difference between what he had proclaimed and what his fellow apostles had proclaimed. Keith even admits this, writing,

…I believe that based on the overwhelming evidence at our disposal, we can say with complete confidence that the Gospel that Paul preached was exactly the same Gospel that Jesus preached.

I’m so glad that’s settled. But then,

…The Gospel preached by Jesus and Paul was not Penal Substitutionary Atonement Theory. It was very simply, and very obviously, the exact same Gospel that Jesus preached, and that was the Gospel of the Kingdom.

Can we—for a moment at least—pretend that Keith is going to actually pretend like he knows what he’s talking about? No? Okay, let’s just check off a few facts that Keith seems to get right and that we would agree on:

4. The “good news” that comprises the gospel is based upon Christ’s life, death, burial, and resurrection.

We’re all in agreement. So, where does it go off the rails?

…to reduce the Gospel to an Atonement Theory is to totally miss the actual Gospel that Jesus specifically came to proclaim. 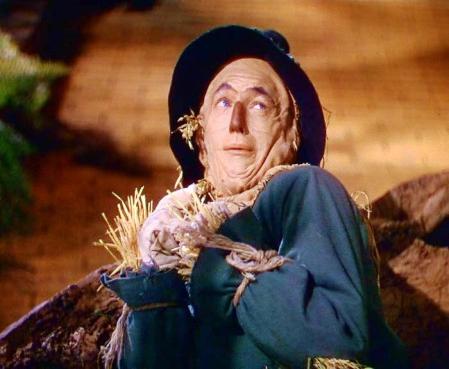 Beware of straw man arguments, especially those that have absolutely no relevance to the question.

Now, I think that Keith cannot produce a coherent theory of atonement that could explain what Paul meant in 1 Corinthians 15:3, where he states, “…that Christ died for our sins in accordance with the Scriptures…”. The theory of penal substitution, which is not to be confused with the gospel itself, does give us one of many avenues by which to explain what Christ did for us in proclaiming the gospel.