Stop me if you’ve heard this one:

“A vegan and an atheist walked into a bar. How do I know? Because he told everyone before the door closed.”

Bari Tarmon, writing over at the Armory of the Revolution blog, has a post titled, “Animal Rights/Veganism and Atheism: A Natural Relationship,” that is worth a look just for a critique of its worldview considerations.

I’m not a vegan and I’m obviously not an atheist but I’m not so much necessarily opposed to “animal rights”. Let’s be clear what I mean by the term when I use it. I’m opposed to animal cruelty, but I realize that things are not so cut-and-dry. I don’t hunt, but I’m not opposed to those who do. I realize that so-called “sport” hunting is sometimes a necessary evil. I have lived my life enough around animals to like them, but we can’t have them because of my wife’s allergies. I have a very nuanced view of the issue, but some of these people…well…let’s be honest…some of these animal rights people are just cray-zee.

What caught my attention in this piece begins in the opening paragraph where the author notes that, in his(?) opinion, “…atheism and animal rights/veganism is naturally intertwined.” It’s interesting that animal rights and veganism are linked, but atheism’s link to them…well, that’s left to be seen. This leads to the consulsion that,

All atheists in my opinion ideally would naturally be ethical vegans, and all ethical vegans should by the same logical reason, be atheists.

Guess which word in that sentence jumped out at me? Go on, guess. That’s right; the word “ethical”. Whenever the word ethical is paired with the word atheist all manner of alarms should go off (see here, here, and here, where I come down on this). The very question at hand is why? There’s nothing that logically connects them. In fact, when we dig into the argument used to support the conclusion, the wheels come off.

First there’s this troublesome, non-standard definition that is used stating that,

Atheism is the lack of religious faith and belief in a supreme being.

I’m not going to say that it’s dishonest, it’s just incomplete. It fails to account for any number of things associated with this thing called “faith” (see here for that discussion).

Tarmon then asserts that,

Ready? Answerable to who? If we take the previous assertion seriously then the atheist is responsible to no one. Well, they might answer, we’re holding ourselves responsible, and that’s what is asserted. Just as a matter of note, I am not too good at holding myself responsible for anything, and let’s be clear, if there’s no ultimate authority to whom one is ultimately accountable, it really doesn’t matter what anyone does.

Atheists’ moral and ethical world view is that of a lifestyle that is based on freedom of choice that is governed by civilized laws and social mores. 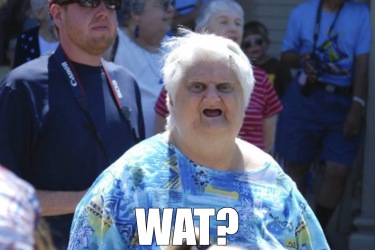 *raises hand* Upon what basis does an atheist determine that a society’s laws and mores are in fact “civilized” since their moral and ethical worldview is determined by the society in which they choose to live? Yeah, it’s that absurd: without an ultimate authority to determine these things, it all break down.

On the basis of mutual support for equality and justice for all, I think it should be obvious that it also includes animals and their rights as well.

Hate to break it to her(?), but “thinking” that, “equality and justice” should include “animals and their rights” doesn’t mean that it should. In fact, there’s no grounds provided in atheism such a thing as “equality” much less “justice”.

Then there’s this jewel,

In contrast, I think that people of faith typically believe that humans were created by a supreme being and are superior to animals. Therefore, animals exist exclusively to serve, be exploited and eaten by the more superior humans (except of course dogs, cats and other cute pets humans hold dear).

Since I can’t speak for people of all faiths (broad brushing much?) I will have to speak for the Christian worldview and say that they(?) have erected a straw man.

In the Christian worldview, all things were created by God to serve his purposes, both man and animal. Man is created on the same day as most of the animals, out of the same material, the only difference being that man is given the image of God to bear as his viceroy over the physical creation, charged to,

…subdue [the earth], and have dominion over the fish of the sea and over the birds of the heavens and over every living thing that moves on the earth. (Genesis 1:28, ESV)

Now, two things: first, the only reason that man is charged to subdue creation is because he has been given dominion over it; second, that dominion was given by One who already had authority over that same creation because he made it. Now, and this may or may not be perceived as an argument from silence, I believe that fact has certain expectations because man was not given free rein over the creation. We see an example of this limitation in the story of the Garden of Eden where it is written,

You may surely eat of every tree of the garden, but of the tree of the knowledge of good and evil you shall not eat, for in the day that you eat of it you shall surely die. (Genesis 2:16-17, ESV)

We can therefore argue that there are limitations imposed, by God, as to the limits that man can go in the Course of his assigned task. Now someone might argue that limitation is in contradiction with what is said in Genesis 1:29, the problem is that Eden was not Earth, but that’s for another post. The direct point here is that statement made by Tarmon is simply incoherent against what can be argued from the Christian’s authority.

I am not familiar with the various religions and their practices but it seems to me that they all similarly have the notion that most animals can be treated as non entities. Other than avoiding certain animals as food for being impure or forbidden according to their faith, rarely do I encounter any religious people having compassion for animals that precluded eating them.

Even though animals were considered to be property, biblically, people were responsible for the care of animals, even going so far to legislate the return of a wandering animal to its owner. If a beast of burden was overburdened, it was the duty of a person to lighten its load. Even animals had a legislated day of rest. Animals then had even greater value because they were used for so many different tasks. However, there is no logical grounds for the Christian to assume that there is no reason to not “have compassion” for animals, in fact there is a biblical mandate for that. But, that mandate has reasonable limits. Animals and men were created by the same God for different purposes.

There is a note that there are religiously motivated vegans who believe that there are “spiritual” reasons for being vegan. However, she (?) notes that the goal of all “ethical vegans” is,

…absolute freedom for all animals.

Well, does that mean that tigers should be given free range to wander and eat small children in India? Does that mean that alligators and crocodiles should be allowed to overtake and endanger the human population? Should disease-carrying rodents be allowed to kill human beings as they spread? What about malaria-carrying insects? What about wolves endangering elk and moose populations? The inherent problem is that there is no such thing as “absolute freedom”. It’s a pipe dream, right up there with socialism.

Knowing that billions of animals are slaughtered each year and others are abused and exploited, religious people who become vegans should experience a conflict between their centuries-old dogmatic faith and the more recent animal rights movement that is based on fact, reason and ethics.

According to the atheist worldview, everything living being that exists is an animal, including humans. Humans are abused, exploited, and slaughtered by the millions every year, what about their rights? The problem with an atheist citing “ethics” is the need to provide a coherent foundation for any moral consideration.

Animals shouldn’t be abused or slaughtered. Who says? What constitutes “abuse”? What constitutes “slaughter”? Until you can provide something that universally applies to everyone everywhere, you have no grounds to say that you’re right or not.

The Christian can stand there and identify what constitutes abuse of either humans or animals. We have grounds, as the duly charged representatives of the Creator of all things, to deal humanely with our fellow creatures, and to tame them, and to care for them, and to eat them. Christian wants to be vegan, more power to them, or wants to be omnivorous, more power to them. They have justification for that, but they have no grounds to say that one is morally superior to the other because,

Atheism is completely incapable of coming up with a meaningful or coherent ethical system capable of defining the necessary categories or expectations and, of necessity, must bring in decidedly Christian categories and expectations through the backdoor, but because they do not have the regulating apparatus the system will become unwieldy and unlivable.

In the meantime, check this video that recounts the horrors of veganism, and go and enjoy a bacon cheeseburger.