I Think That Someone has an Axe to Grind 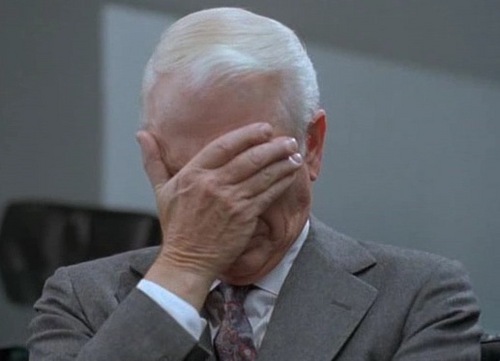 Haven’t made a post in a few weeks, and I was hoping to have something worthwhile to write about, but given the current political climate it seems like I had high hopes. Instead, I stumbled upon this rambling, unpretentiously bigoted article by someone that I’ve responded to before (here and here), Valerie Tarico, over at Alternet, titled, God as the Original Terrorist: 6 ways the Bible condones horrible acts of brutality. The title alone deserves a response, but I’ll just address her points.

She begins her article,

Last fall, Dutch pranksters put a cover from a Quran over a Bible and then asked passersby to read aloud homophobic, violent or sexist passages that violate modern moral sensibilities. (Emphasis added)

I emphasized that last phrase because it should cause the self-reflective person to pause and ask a question, what does that really matter since we have to judge our own modern, moral sensibilities? The question that deserves to be asked is what makes Valerie so certain that those are proper to begin with? Sounds like she’s beginning with a circular argument to begin with, but what she goes on about is those pranksters slipped the cover of a Quran over a Bible and asked people to read various passages, which doesn’t really prove anything except the fact that moderns are remarkably ignorant when it comes to the Bible,or practices in ancient history.

I said “dismissively” because it’s a simple fact: the Quran is about 1/4 the size of the Bible; it’s 2/3 the size of the New Testament, and only covers about 30 years, from Muhammad’s call to shortly before his death. The Bible covers, by some estimates, roughly 3000 years of human history, about 100 times as much time. The Quran is largely one type of literature, narrative; while the Bible contains multiple types of literature, including historical, poetic, and apocalyptic literature. Any fair minded person would willingly make such distinctions, but Valerie is far from being fair minded.

ISIS terrorists claim that their scripts for jihad, executions, sexual slavery and theocracy come straight from the Quran, and they cite chapter and verse to back up their claim. But Christians who find ISIS horrifying might be even more horrified to learn that similar scripts can be found in their own Good Book, including endorsements of terrorism that rival the most vile atrocities committed in the name of Allah.

Similar, according to which standard? ISIS indeed quotes from the Quran, and they can present argumentation from the Haddith tradition that they consider to be authoritative, something that most people don’t know, to support the assertion. However, anyone who tried to use the Bible is such a manner, would be hard-pressed to muster a convincing argument to someone who has a meaningful understanding of the biblical revelation, especially in regards to what the Bible says about itself. Further, she seems to be confused by the difference between descriptive and prescriptive statements, a category that even the biblical author’s recognized. Also, if Christians are “surprised” by what they find in the Bible, it’s because they simply haven’t been reading it.

After giving an operating definition of the word “terrorism”, she states,

Our Iron Age ancestors who wrote the Bible lacked explosive devices and the ability to spread gruesome images via mass media. They lacked jetliners and drones and napalm and nerve gas. But they definitely understood mass intimidation as a tool of social control, and they sanctified their own terrorist tendencies by projecting the same tendencies onto God himself.

There’s a fundamental difference between the goals of groups like ISIS and the purpose of the Israelite invasion of Canaan following their desert wandering. The goal of ISIS is to subjugate the world to their form of Islam, Israel’s purpose was to punish those who had spent 400 years throwing their children into ovens, among the other creative ways that they had contrived to attempt to erase the knowledge of God and suppress the truth about him. Since this post is getting rather long, I’ll take her first point and devote other posts to responding to the rest of the assertions.

Point one, she writes,

In the Bible God controls humans by raining down death, destruction and terror on those who defy or anger him.

“God controls humans”? In a sense, by limiting the reach of our desires and our willingness to act out in unrighteousness, but I’ll hold that point until we see the substance of the argument for that conclusion, in which she says,

Like ISIS, God sometimes acts as an executioner with a laser focus, as when he kills a baby to punish King David’s sexual infidelity (2 Samuel 12), or strikes dead a couple who falsely claim to have given their money to the church (Acts 5: 1-10). But also, like ISIS, he often wreaks death and destruction on those who happen to be in the wrong place at the wrong time or who were born into the wrong culture. For example, when the same King David conducts a forbidden census, God gives him a choice of punishments: Three years of famine, three months of attacks by neighboring tribes, or three days of plague. David chooses the plague, which kills 70,000 Israelites who had done nothing but let themselves be counted (1 Chronicles 21:1-17).

If God is “controlling humans by raining down death destruction, and terror”, wouldn’t he be doing it before someone acts, rather than after something has occurred. Control is usually preemptive, isn’t it? Before God, as the author and establisher of life, man has no rights, not even to his or her own life. God can give or take life as he pleases. Notice how she minimizes David’s sin as “sexual infidelity”, when it was that David had murdered a man to hide his infidelity. And Ananias and Saphira, their sin wasn’t that they lied about the money, it was their false motivation: their desire to be praised rather than to be generous, that got them killed. “[He] often wreaks death and destruction on those who happen to be in the wrong place at the wrong time or who were born into the wrong culture.” Wrong. How about those times when God showed mercy, like to Abimelech, who took, actually stole another man’s wife (Genesis 20:1-18), or to Nineveh when he sent Jonah, or when he healed Naaman the Syrian (2 Kings 5:1-19)?

What’s ultimately interesting is that she begins this section with a paraphrase of Deuteronomy 32:39-42,

I kill … I wound … I will make mine arrows drunk with blood and my sword shall devour flesh.

What’s more interesting is what she omits of the passage,

and there is no god beside me;

I kill and I make alive;

I wound and I heal;

and there is none that can deliver out of my hand.

For I lift up my hand to heaven

and swear, As I live forever,

if I sharpen my flashing sword

and my hand takes hold on judgment,

I will take vengeance on my adversaries

and will repay those who hate me.

I will make my arrows drunk with blood,

and my sword shall devour flesh—

with the blood of the slain and the captives,

from the long-haired heads of the enemy. (Empahasis on omitted section.)

She kind of missed a lot of that section that defines God’s absolute sovereignty over all creation. The fact the he gives life and takes life; that if he wounds he will also heal. All of Deuteronomy 32 is a song to the praise of God’s sovereignty over his creation, which is something that I think that Valerie has a problem with, especially given that if God does not grant her repentance, and she dies in her rebellion, God will take hold of her in judgment and take his vengeance upon her for her sin and open rebellion against him. Valerie clearly hates God; she hates the fact that he would hold her responsible for how she has lived her life, used her mind, and her talents rather than in rightful worship of her Creator but to slander him.